After four years with my MacBook Air it was time for something new. Although the Mac aged very very well, its four gigs of RAM didn't do that well anymore if you want to run some virtualization now and then. Importing, editing and exporting pictures taken with the X-T10 took forever, too.

But: My next Mac should not only deliver some more power – and a high res screen, something that the Air can't offer – it would be nice to have a touchscreen, and maybe pen input. A dedicated graphics card would be a plus, so I could play Minecraft with nice shaders and work faster with Lightroom.

By accident I've been to the German electronics retailer Saturn and found what I was looking for. This Mac is built by Microsoft and is called the Surface Book. They did a good job mimicking everything I like in a Mac. It's fast, it looks gorgeous, the keyboard is quite good, and the trackpad does not suck that much (bonus: it has most of the gestures the mac has).

Actually it looks and feels so much like an Apple device, I could trick a fellow Mac user to believe this is a new MacBook Pro. Oh, and you can detach the screen and use it as a tablet for a couple of hours. 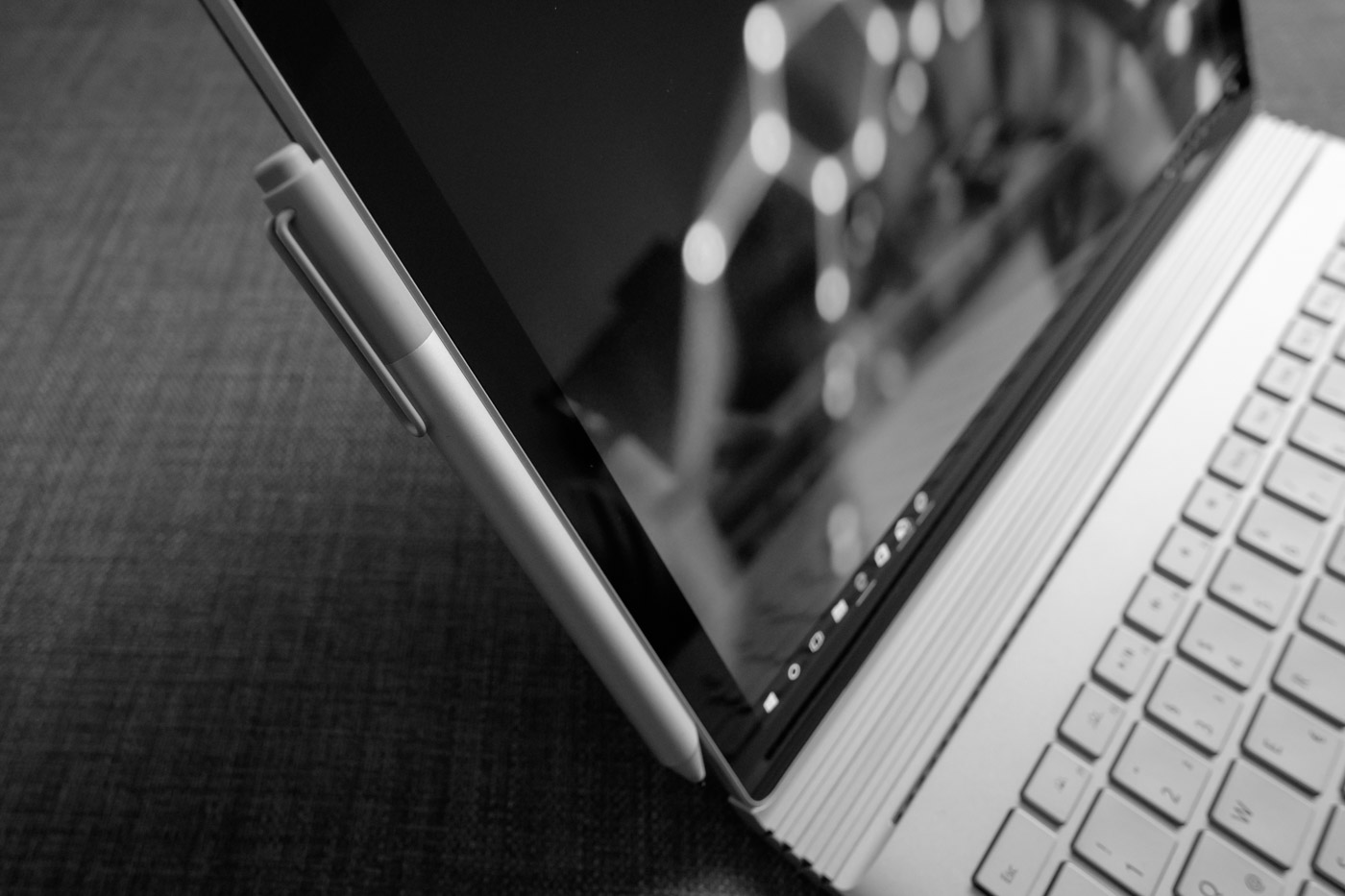 With the latest Windows release (Redstone) Microsoft managed to build an operating System that works and feels quite nice, even for a long time mac user. There are many new little details like clicking on the time in the task bar and getting a full calendar with my next appointments in it. Or log in to Windows just by looking into the built-in infrared camera. The pen input is pretty good, too. To my surprise there are many great apps that make good use of it.

And for the Minecraft part I needed a mouse (a touchscreen, pen and trackpad won't do), so I decided to get a "Microsoft Designer Bluetooth Mouse". It looks a little like a black Magic Mouse, but with physical buttons and works quite nice and is very well and thoughtfully build.

It seems like for the next couple of years I'm one of those PC guys, again. Earlier today I saw our neighbour Moritz in a new hot car. As a real car enthusiast he got himself a blue Fiat 500L with a two-cylinder engine that was built in the

Apart from exploring the town, Ines and I also spend a day dog sledding. Another check off of my bucket list. And boy, this is as exhausting as it's fun! The dogs are